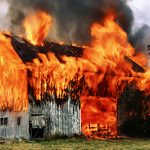 American English has a rich and complex history, having first incorporated words from many different colonization and immigration waves, and then in recent history having invented or created words for rapidly advancing technology.  A simple word like “fault” can mean entirely different things depending on the context and field of use.  A “fault” in electrical engineering may mean a short between two electrical lines of different polarities.  In control logic, a “fault” could be a measured or detected failed signal or logic state.  A “fault” in geology could mean the boundary between plates in the Earth’s crust.  “Fault” in the legal field refers to responsibility.

In kind, the terminology used in fire investigation, fire science, and fire reports may not mean what the general public may think it means.  Here are some examples of terms of art (reference NFPA 921):

When you have questions about fire reports or investigations, ARCCA has the experienced engineers qualified to provide answers.