ARCCA was contacted to investigate an explosion that occurred at home heated with propane.  Based on preliminary information, the home had an external propane tank mounted several hundred feet from the home. 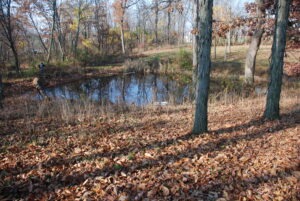 The homeowner was a person that worked in gas system installation and had installed a new section of flexible piping himself.  The gas sample came back positive for sufficient odorant as required by federal regulations.  Furthermore, all of the experts could smell the gas inadvertently released during gas system testing.  The homeowner having been working in the gas industry had become habituated to the smell of the odorant and could not tell that there was a system gas leak, as was discovered during testing.

The home had experienced a low level explosion as categorized in NFPA 921.  Propane is a heavier than air gas.  Propane leaks resulted in propane pooling in the basement and crawl spaces underneath the home and home addition.  Eventually the propane reached the level of a standing pilot light for an indoor gas fire place.

The cause of the explosion was a propane leak in the installed gas supply system.  The origin was at or about an indoor gas fire place.  A human factors causation was the homeowner’s habituation to gas odorant.