Mobile Elevated Work Platforms (MEWPs) , such as scissor lifts, boom lifts, and vertical mast lifts, are mobile machines that allow a worker to maneuver themselves and their tools to reach elevated work areas like ceilings, power poles, vertical storage areas, etc. A major hazard of operating a MEWP is entrapment, where the occupants of the MEWP become entrapped or pinned between the work platform and an obstruction. In this case, a welder was trapped between the railing of their scissor lift and an overhead beam. The welder experienced extreme forces and died as the result of their injuries.

ARCCA’s expert conducted a thorough investigation of the evidence to determine the root cause of the failure, as well as the origin of the components involved in the failure by:

ARCCA’s expert conducted an investigation of the evidence to determine the root cause of the accident, as well as the role that the design of the incident MEWP played in the accident.

Based on the evidence ARCCA experts determined that the accident was most likely caused by a control malfunction leading to a Sustained Involuntary Operation (SIO) event. In a SIO event, contact with an obstruction pushes the operator into the controls, which causes the machine to drive harder into the obstruction. Some MEWPs are equipped with safety devices to guard against SIO events, but the subject MEWP was not. ARCCA experts designed, built, and tested a prototype automatic safety device that connected to an identical scissor lift to the incident machine. In laboratory tests, the ARCCA anti-SIO device greatly reduced the force exerted when the machine contacted an obstruction. 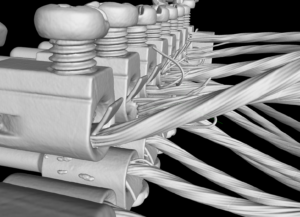 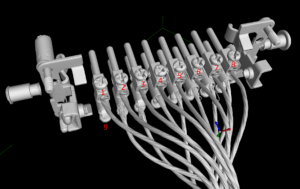