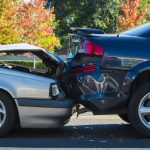 When a car crash occurs and you are using any type of accident reconstructionist simulation software, you need to make certain that the data you’re inputting is accurate, because the old adage, “garbage in, garbage out”, holds true.  Put simply, an accident reconstruction simulation is only as valid as the inputs you enter.  If you have the wrong inputs, the simulation software will correctly crunch that data, but will result in an incorrect final determination.

Recently, a client and I were discussing an accident reconstruction simulation I performed using the EdSMAC program and, more specifically, why my simulation was correct and the reconstruction of the opposing expert was not.  In an accident involving two vehicles, the opposing expert’s simulation erroneously had the final rest position of the second vehicle approximately 30 feet from where the scene photographs show it actually ended up.  Also, he made incorrect assumptions regarding the position of the vehicle within the lane prior to the crash.  When the final rest position was corrected in the opposition reconstructionist’s simulation but no other changes were made to the simulation, it showed that the oncoming vehicle was exceeding the posted speed limit.

The most common inputs for a simulation include:  the correct final rest position; interaction input angles; initial positions; the speeds for each vehicle; and the weight of each vehicle. In this case, by using that data, including the scene photographs, in my simulation, it showed that the version of the accident as recalled by the driver we represented was the more likely scenario, and that neither vehicle was speeding.